A teaser of the opening lecture of Tom Vos on 21 February, 6-8 pm

“Short-termism […] is one of the greatest threats to America’s enduring prosperity” (Joe Biden, Wall Street Journal, 2016)

These quotes illustrate that stock-market short-termism is considered a big problem. But is short-termism really a problem in Belgium? And what elements of corporate governance encourage or discourage short-termist behavior? If it is a problem, what governance reforms should we consider?

I discuss these questions on 21 February (6-8 pm) during an opening lecture for a course at the University of Antwerp on short-termism in Belgian corporate governance. Below, I already offer a teaser of this lecture.

Models of short-termism in corporate governance

The idea behind stock-market short-termism is that markets “induce corporate directors and managers to favor immediate but lower-value results over more profitable long-term results” (Roe, 2013). But which investors can be considered short-termist? And how is investor short-termism transmitted to corporate managers?

A first possible model of short-termism in corporate governance is illustrated in the figure below. In this model, institutional investors and asset managers are excessively focused on the short-term: they trade frantically, only look at quarterly earnings, and discount long-term returns at higher rates than other investors. The reason for their short-termism may be that the individuals that manage these institutions are evaluated on a short-term basis, and will be fired or lose their bonuses if their portfolio of companies does not perform well.

The short-termism of these institutions is then transmitted to corporate managers by several mechanisms. For example, directors and officers may be pressured by shareholder activists if they do not deliver short-term results. In addition, executive compensation can be tied to the short-term stock price, incentivizing managers to maximize short-term results. To achieve short-term results, these managers may underinvest in opportunities that require short-term sacrifices in exchange for long-term value-creation. Instead, they focus on delivering immediate pay-outs to shareholders through dividends and share buybacks. In the end, this harms savers and retail investors, who arguably have a long-term horizon. Indirectly, this also harms the broader economy.

An alternative model of short-termism is also possible, as illustrated in the figure below. In this model, institutional investors and asset managers are equally focused on the long-term as their customers and as retail investors. Think of BlackRock, for example, with Larry Fink consistently arguing that corporations should focus on long-term value creation. The problem in this model is that managers have insufficient accountability towards their shareholders. Managers may prefer short-term results. For example, good performance in the short-term will help them land another (better paid) job in a bigger company. In addition, they may find it easier to manipulate short-term results in order to cash short-term bonuses and stock options, rather than actually delivering long-term performance.

In the second model, the agency problem is not between different types of investors, but between managers on the one hand, and investors on the other.

Why is it important to distinguish between these two models? One reason is that the possible policy proposals to improve corporate governance look very different. If we believe model 1, we can basically do two things: (1) we could either try to encourage investors to think more in the long-term, for example by rewarding long-term investors with loyalty shares or by eliminating quarterly reporting; (2) alternatively, we could try to insulate managers from short-term investors, for example by discouraging shareholder activism and allowing managers to entrench themselves through dual class share structures and takeover defenses shares.

However, if we believe that model 2 is true, instead of insulating management from shareholders, we should make managers more accountable to (long-term) shareholders. In this view, shareholder activism should be encouraged, and shareholders should be given a say on executive compensation (the so-called “say on pay” movement).

(Of course, it is also possible that one believes that there is no short-termism problem at all – a possibility also discussed in the opening lecture).

Which of the models is true, and therefore, which governance reforms we need, is in the end an empirical question. In my opening lecture, I review the evidence on short-termism and try to answer the following questions (I also already give a sneak peak of the answer):

What are the implications of this evidence for corporate governance in Belgium? What is clear is that the existing research often does not discuss the Belgian or continental European context. In Belgium, the presence of controlling shareholders, the relatively few activist campaigns, and the lower degree of equity-based compensation all suggest that short-termism may not so easily be transmitted from investors to managers. However, shareholder structures in Belgium are becoming more dispersed, shareholder activism seems to be on the rise, and the Corporate Governance Code calls for equity-based compensation for directors and managers.

It is therefore necessary to give the problem of short-termism in Belgian corporate governance some deeper reflection. This is precisely what I will do during the opening lecture and other workshops of my course on short-termism. It is also the research agenda of the recently established Jean-Pierre Blumberg Chair.

The opening lecture takes place on 21 February (6-8 pm). After a presentation of Tom Vos, a panel of discussants (including Charles-Antoine Leunen, Arie Van Hoe and Sandra Gobert) will comment with their views on short-termism in corporate governance. The opening lecture opens a series of interactive workshops on corporate governance and short-termism, organized by the Jean-Pierre Blumberg Chair. The opening lecture and the workshops are all free and accessible to students, academics and practitioners. They will be in English. Registration is possible through this website.

Tom Vos is a visiting professor at the Jean-Pierre Blumberg Chair of the University of Antwerp, where he conducts research and teaching in the field of corporate governance. He is also affiliated as voluntary scientific collaborator with the Jan Ronse Institute (KU Leuven). His current research interest is short-termism in corporate governance. View all posts by Tom Vos

One thought on “Short-termism in Belgian corporate governance” 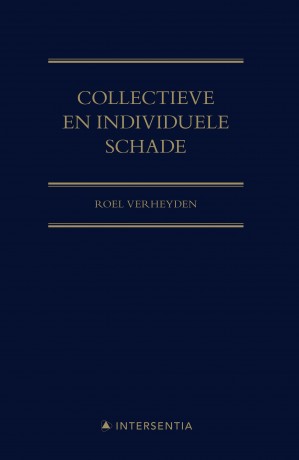